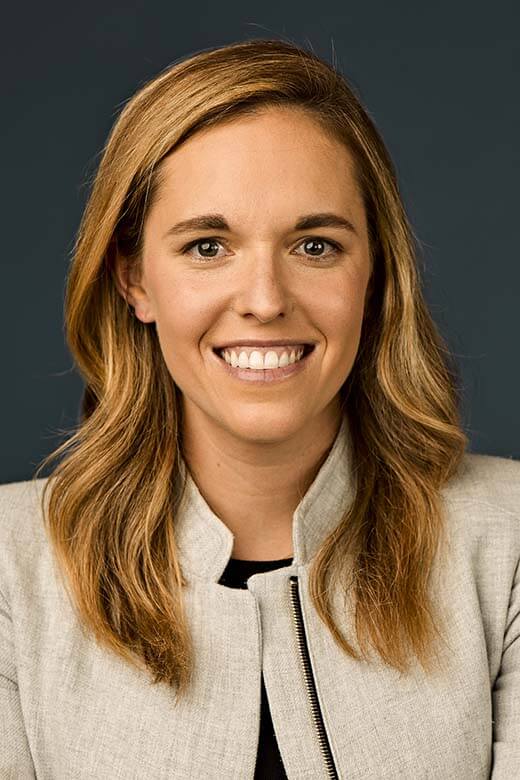 Ripley Hartmeyer grew up playing almost a dozen sports and learned many lessons now core to who she is on a court, course, field, and rink. She has played on teams for as long as she can remember, experiencing them both outperform and achieve something extraordinary on the one hand, and underperform on the other.

After playing Division 1 tennis at the University of Richmond, she started her career in global risk management, working across sales, operations, and project management. In this entrepreneurial environment, she wore a variety of hats in the early innings of multiple business launches – an experience that presaged her later move into venture. She subsequently joined executive search firm Spencer Stuart and worked on global board and executive searches for Fortune 100 companies. As she cultivated her ability to identify top talent, she felt a growing passion to work with earlier stage companies and play a greater role in building high-performing teams. This led her to Canvas Ventures, where she led talent and community.

Ripley joined General Catalyst for the opportunity to be a part of a firm committed to leading the venture industry into a new chapter of entrepreneurship founded on responsible innovation. As a talent leader who loves understanding and advising burgeoning teams, who remains incredibly curious about people, and who appreciates that career paths are not always linear, she looks for people with raw horsepower, high EQ, a growth mindset, a tendency to challenge the status quo, and an ability to attract and retain talent. She’s captivated by the industry and keenly aware that human capital has never been valued more.

Outside of work, Ripley plays competitive tennis, squash, and golf, and signs up for adventurous pursuits like running a marathon or climbing Mt. Kilimanjaro. She is passionate about mentoring youth in underserved communities, and supports non-profits focused on animal welfare and providing underserved communities with access to clean water.