Our Ivestment in Hopin: All The World’s A Stage 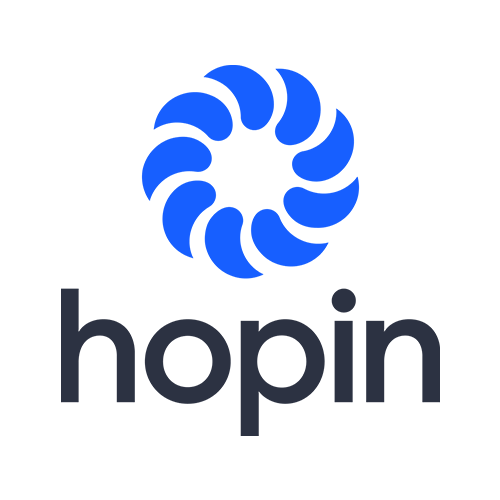 All the world’s a stage,
And all the men and women merely players”
— William Shakespeare

The past decade in technology has seen the loud debate over Silicon Valley exceptionalism dim to a murmur, as urban centers like Beijing, Tel Aviv, Bangalore, Sao Paulo, and even Stockholm produced technology companies fit to perform and grow on the global stage. At General Catalyst, we are keenly aware that talent is everywhere, and as such, our investment focus expanded globally to identify the next generation of enduring companies, reflecting the realities of work and the industry.

So it should be no surprise that a company conceived in the city where the Globe Theatre produced seminal works for the stage over 400 years ago is today bringing virtual stages to everyone around the globe.

Sidelined by an illness that kept him from attending physical gatherings for several years, founder and CEO Johnny Boufarhat drew motivation to create virtual adaptations of human interactions that happen both serendipitously and intentionally at physical events. He started by building an app for virtual speed networking. It was useful in meeting other professionals, yet felt like just the start of something much larger.

So in late 2019, with the goal of rethinking the entire online event experience from the keynote to rubbing elbows, he founded Hopin.

The Changing Place of Work
Since the inception of civilization, work has been local. The industrial revolution reinforced this in a way – aside from sales or maybe some aspects of manufacturing, we’ve had to live where we work, and as a result, co-located with the people with whom we work most closely. The rise of the internet and “knowledge work” saw companies and teams start to expand globally. In some cases, people often headed into a physical office only to spend their days collaborating with people around the world using tools like instant messaging, wikis, and video conferencing.

With this infrastructure in place, realizing that employees can often be even more productive if they’re able to skip their commute or work from a location that’s more personally advantageous, companies began introducing more flexibility around where they hired and how often people are at the office.

Some companies even entirely went distributed. But conferences, trade shows, and events were still largely happening in person. Some more innovative events might incorporate digital experiences like streamed keynotes, real-time chat discussions, or by encouraging audience participation via SMS. But by and large, they were following the same analog format as they always had.

And then Covid hit. Companies went almost fully remote overnight, conferences and events of all sizes were canceled and much of the world’s population was sequestered at home. We had tools we turned to for our day-to-day work, but what of the intangible value of scaled events? How were people going to come together to network, introduce new products, or learn from one another?

Ready or Not, Seizing an Opportunity
Johnny and the team were several months away from launch when the pandemic hit but his fear was that if they didn’t get Hopin out there, the world’s first collective online event experience would be terrible. He understood that you couldn’t just turn on a video stream, add a chat room and call it good. You have to facilitate interaction on a robust platform that can bring people together in a way that feels natural, whether it’s for working sessions, learning, networking, or socializing. The team worked tirelessly to launch in early 2020 and have been building furiously ever since.

They’ve scaled the product and company at an unprecedented pace. They showed the world what virtual conferences should look like, and the world embraced it. And they believe that in the future, even when we do go back to meeting in-person, the spectrum for events will be wider than ever. Virtual events scale and can offer more bespoke experiences for large audiences. In-person events will launch digital integrations that encourage deeper engagement. But many events — perhaps the majority of them — will adopt a hybrid model, pulling the best of the virtual and in-person worlds.

After more than a year apart, there’s a palpable yearning for being back together. Once it’s safe to do so, conferences and events may be bigger than ever. At the same time, our relationship with where work gets done and how often we’re willing to travel for it has fundamentally changed. We want to congregate but we’re also likely to be a lot more judicious with our time and budgets.

Luckily Hopin is creating the features and platform that have the potential to give us that choice without having to compromise on experience. Hopin is making digital what was previously analog — and even when we get back together physically, we will still want to be together digitally.

Finally, while Hopin was built with virtual corporate conference audiences in mind, we are seeing the beginnings of something much larger — and more important — through the ways people creatively utilizing the tools of the stage built by Hopin. Entertainers, comedians, physicians, salespeople and a wide variety of ambitious amateurs have begun using the software in conjunction with social media distribution to engage and monetize a wider audience than could ever be reached in the physical world. Now, truly, everyone has a stage.

We believe in Johnny’s vision of a world where the physical and virtual blend to create new experiences of intention and serendipity, but also that new tools create new experiences. We look forward to supporting him and the fast-growing team as they bring the stage for corporations, performers and professionals all across the globe. For who knows what dreams may come for Hopin.